Is Shopify Safe and Secure? 8 Tips To Boost Your Shopify Store's Security 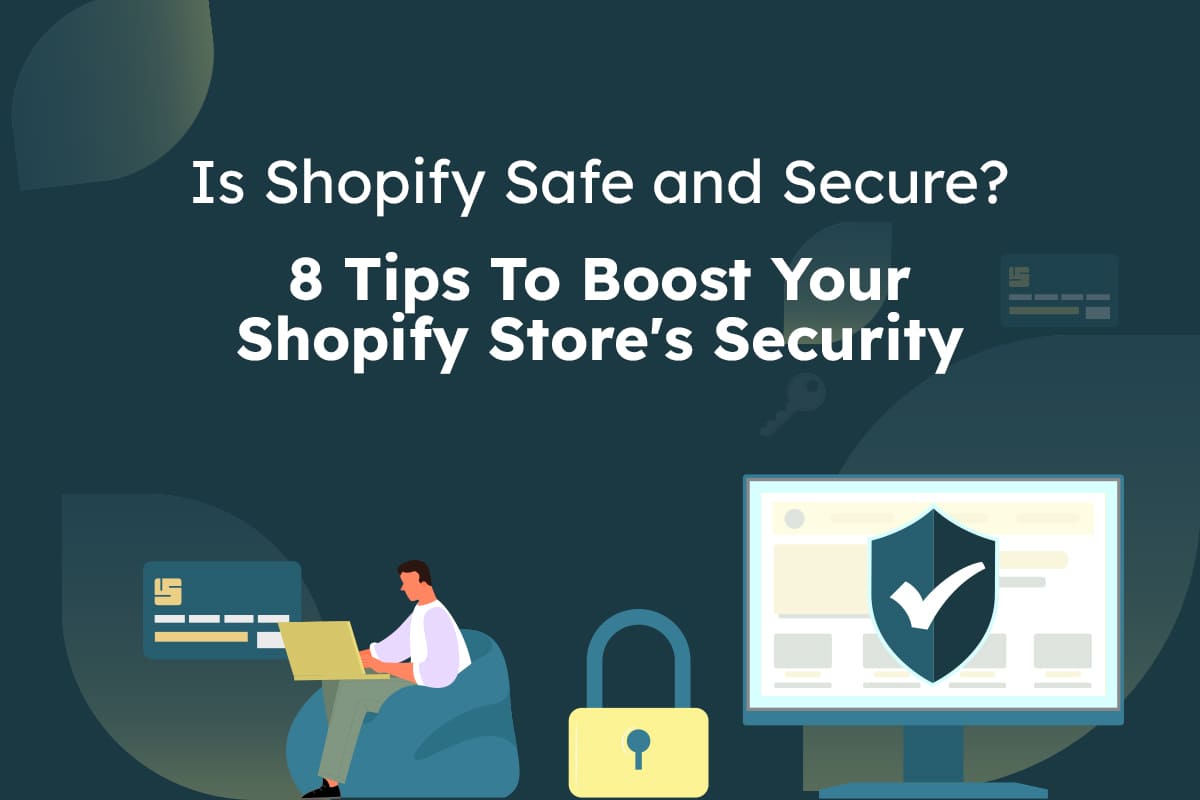 If you've been thinking about starting a Shopify store, you're probably wondering: Is Shopify a trusted website? Will I be able to protect my customers' information and my own?

Shopify has various security measures to ensure the protection of your and your customers' private data. But, like any other CRM software, Shopify is vulnerable to data breaches.

Keep reading to learn all you need to know about Shopify's security measures, as well as what you can do to ensure the safety, security, and compliance of your Shopify store.

Shopify powers an estimated 4.1 million online stores, and processed $79.5 billion worth of transactions in 2021 — meaning it’s a service that needs to operate at the highest levels of data security & protection to safeguard its merchants and their customers.

Despite that requirement, Shopify has been hit with data breaches in the past. Let’s take a look at when they happened and the outcome.

A Shopify data breach in 2020 resulted in personal information theft of nearly 200 merchants.

In its blog post, Shopify admitted that two rogue members of its internal support team were “engaged in a scheme to obtain customer transactional records of certain merchants”.

It added that the exposed data included personally identifiable information such as email, name, and address, as well as order details, like products and services purchased. Credit card details were not breached.

Kylie Jenner’s makeup & cosmetics store Kylie cosmetics was one of the firms affected in the data leak.

The Ottawa-based company later confirmed that the two employees in question were fired, and that it was cooperating with the FBI to uncover more details in the case.

18-year-old California resident Tassilo Heinrich was charged by a U.S. grand jury as being the main perpetrator behind the Shopify data leak.

Heinrich is awaiting trial on charges that he colluded with two Shopify customer support agents in order to steal data on his competitors and siphon business to his store. He is also accused of selling the data to other co-conspirators.

How Secure is Shopify Plus?

Shopify Plus, Shopify’s solution for large merchants and enterprise customers, is very secure and compliant with most major data privacy regulations.

It ships with upgraded security features to match the needs of the larger brands on the platform. These are:

Shopify is compliant with the European Union's GDPR. The firm says that GDPR-compliant features are built into its platform, allowing you to protect your customers' data and show transparency into how you process it.

However, it adds that the onus is on merchants to take the extra step into obtaining GDPR compliance. Simply building your store on Shopify is not an indicator of compliance — each store must have their security safeguards in place too.

Is Shopify Safe for Buyers and Sellers?

Yes, Shopify is safe to buy from. Shopify is a trusted website that powers millions of online stores and billions of dollars worth of transactions, a major reason behind its popularity.

Here are the five major ways Shopify ensures the security of its stores:

1. All Shopify Stores Have an SSL Certificate Installed by Default

SSL certificates are the cornerstone of ecommerce security. They ensure that all data transferred between a browser and an online store is encrypted, making it impossible for hackers to intercept and decipher your customers' sensitive information (such as credit card numbers).

Shopify also uses its own PCI compliance service to detect vulnerabilities in sites hosted on its platform, so you can be sure that your store is as secure as possible. PCI means “Payment Card Industry,” and the PCI Security Standards Council is a global body that sets standards for credit card security.

Any business that processes, stores, or transmits credit card information must comply with these standards, and all Shopify stores are PCI compliant by default.

2. Shopify Is a Hosted Platform

Not only does hosting your store on Shopify's servers help keep it secure, but it also frees you from having to worry about maintaining your own server and keeping it secure. Shopify automatically applies any security patches or updates to all stores on its platform.

Known as the Shopify Whitehat Reward program, this initiative rewards hackers if they find and report security vulnerabilities in Shopify's code. By running this program, Shopify can quickly identify and address any bugs or vulnerabilities that may exist, keeping its stores as safe as possible.

Fraudulent orders can wreak havoc on any ecommerce business, and Shopify protects users against fraudulent orders by using its own built-in risk analysis tools. These tools use a combination of machine learning and human intelligence to flag orders that may be fraudulent, and they're constantly being updated and improved to stay ahead of hackers.

Whenever an order is placed on a Shopify store, Shopify will:

If the order seems suspicious to Shopify, the platform will automatically cancel it.

Although Shopify's security features are pretty robust, it's wise to take certain safety measures from your end, as well. 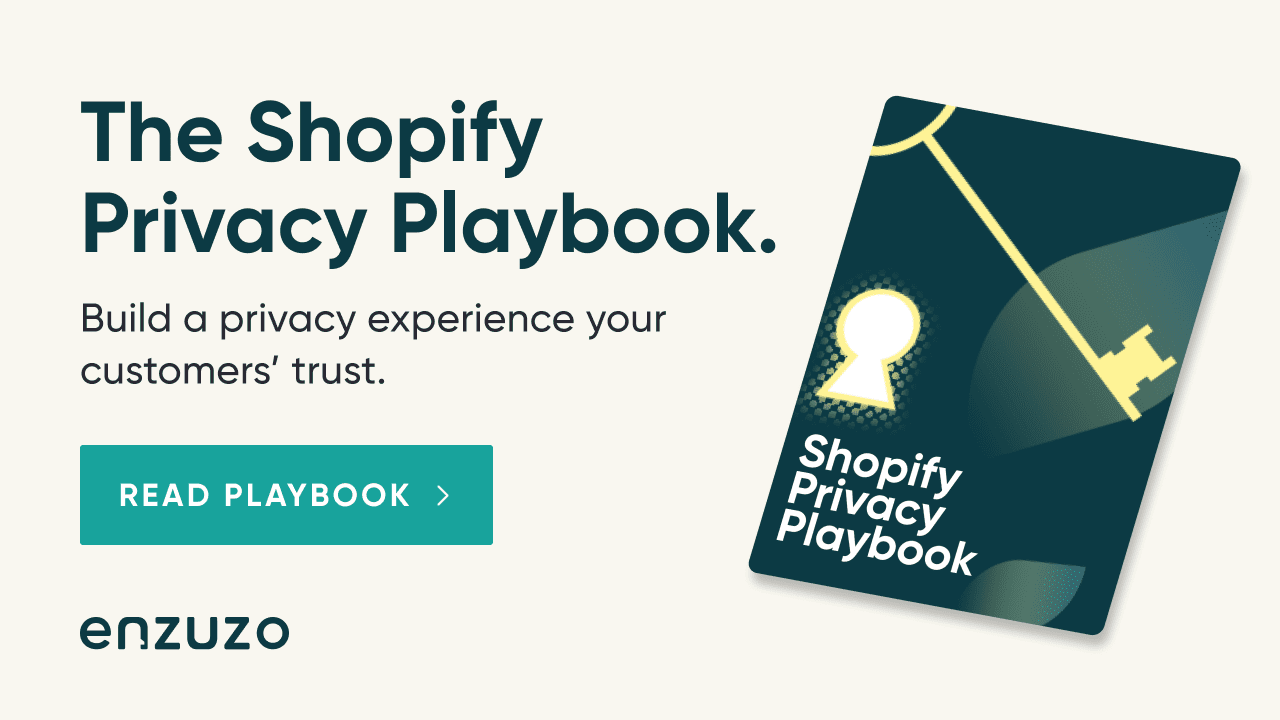 8 Steps To Boost Your Shopify Store's Security and Data Privacy

Shopify has many built-in security measures, but we recommend you go above and beyond to protect your brand's reputation and showcase your commitment to customer privacy. Here are a few additional security measures that go a long way:

Two-factor authentication is the best way to make sure that third-parties don't gain access to your Shopify account. This feature is activated every time someone attempts to log in, only giving access once you prove that it's you trying to log in.

There are several ways you can verify this, whether that's via SMS, phone call, email, or another trusted device.

Here's how you can activate two-factor authentication on Shopify.

If you have a team managing your store, we believe it's imperative to be careful about permission access levels. To safeguard against any malicious activity, we recommend that you make separate accounts for each team member. This makes it easier for you to control the access limit of each account, protecting your Shopify store from data breaches.

You can even give certain accounts access to your Shopify admin while restricting sensitive customer information. This will allow your staff to stay on track with orders and customer interactions without the freedom of collecting customer data.

The Shopify Protect feature guards your store against fraudulent chargebacks. Once you activate this feature, you'll see that any order you receive will be marked as "protected" or "unprotected."

Sellers have to pay a fee for protected orders, and Shopify guarantees these orders as non-fraudulent. If the order turns fraudulent, Shopify will reimburse the amount you paid for it. However, only United States users can use this feature.

As with any online platform, a strong password is one of the best ways to keep Shopify safe from hackers. Make sure your password is the ideal combination of lowercase and uppercase letters, numbers, and special characters. If the password is hard to remember, you can use a password management tool to keep all your passwords in check.

Enzuzo allows you to launch customized legal policies and cookie consent banners and set up data request workflows. It helps sellers follow GDPR cookie compliance by notifying customers with a cookie banner and stays up to date automatically, so you never have to worry about unexpected law changes.

The apps listed below can add an extra layer of security to your Shopify site:

Here are some safe payment options supported by Shopify that help guard against theft and fraud:

It's also worth considering how much Shopify takes per sale. The base answer is 1.6%, but it can vary based on the payment method.

Every store on Shopify has access to the default SSL certificates, which enable you to receive threat-free traffic. This traffic is commonly directed through HTTP, but Shopify ensures that it's directed through HTTPS for unshakeable security. This allows Shopify to maintain a record of all IPs and detect them if a malicious attacker tries to break in.

Wrap Up: Can I Trust Shopify?

Yes, you can trust Shopify to build your business. Shopify is a well-engineered platform, a name synonymous with ecommerce around the world. And it didn't build this reputation lightly — it's taken decades of work by the team to establish trust and satisfaction. However, despite the fact that Shopify is safe and secure, it is still your responsibility to take the extra step and implement additional security measures for a well-rounded and robust customer experience.

What Are The Advantages of a Shopify Store?

Setting Up a Shopify Store in 1 Day

What Are Trust Badges and Should You Add Them to Your Shopify Store?

Top 5 Shopify Plus Agencies in California 2022

Quick Guide to Shopify Pricing: How Much Do I Need?