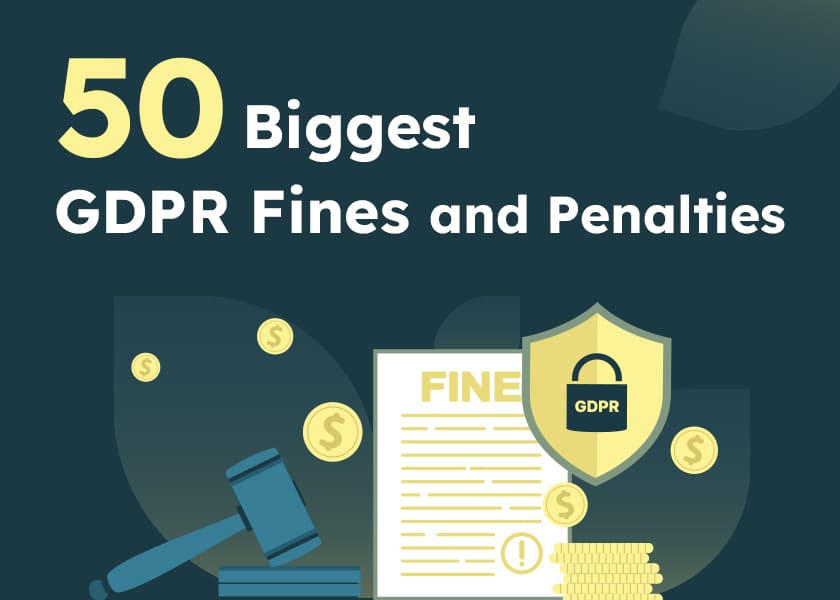 By now, you've already heard about the European Union's General Data Protection Regulation (GDPR). Since the data protection law was introduced on May 25, 2018, it has massively shaped how organizations collect, store, and process data.

It can be tempting to ignore this law. But the stakes for noncompliance are high. In just the last four years, companies have faced up to nine-digit fines for failing to comply with GDPR. Big Tech companies such as Google, Twitter, and Meta (formerly Facebook) have all received whopping fines for noncompliance. And any business that conducts online operations can be hit by these fines, not just the Big Tech companies.

This post focuses on the biggest GDPR fines handed out so far. Read on.

The biggest GDPR fine to date was imposed on Amazon Europe by Luxembourg’s National Commission for Data Protection (CNPD). This was after establishing that the online retailer was not getting consent from its users before storing advertisement cookies.

The Irish DPC fined Meta-owned WhatsApp for not properly explaining its data processing practices in its privacy notice.

On the same day Google LLC was fined €90 million, Google Ireland was fined €60 million for the same reasons. However, this fine was imposed concerning the google.fr domain.

In the biggest GDPR breach fine in 2019, CNIL fined Google €50 million for not being transparent with its users about how data was being collected and used for targeted advertising.

The Data Protection Authority in Hamburg, Germany, fined H&M €35 million for illegal monitoring of its employees.

On January 19, 2022, Garante fined electric and gas supplier Enel Energia for the unlawful use of user data for telemarketing purposes.

The ICO fined British Airways for not protecting the personal data of more than 400,000 customers.

The Irish DPC fined Meta Platforms Ireland after the company could not readily demonstrate the security measures it had established to protect EU users’ data.

The first fine (€8.5 million) was issued because Eni was illegally processing personal data for telemarketing purposes, while the second fine (€3 million) was imposed for using unsolicited contracts.

The AEPD fined Vodafone Spain, a mobile telephone network operator, for violating the GDPR and Spanish laws on telecommunications and cookies.

REWE International, an Austrian food retailer, was fined by the Austrian DPA for mishandling the data of users in its loyalty program.

Other Notable GDPR Fines and Penalties Include:

As more consumers become aware of privacy laws and their rights, maintaining GDPR compliance will continue to be a key area of focus for most organizations. As shown in this guide, 2021 and 2022 witnessed a couple of record-breaking fines, so it’s going to be interesting to see how things evolve in 2023.

That said, you don’t have to wait until your organization receives an eight-digit fine to take action. With Enzuzo, you can keep your company up to date with changing laws and maintain compliance in just a few simple clicks.